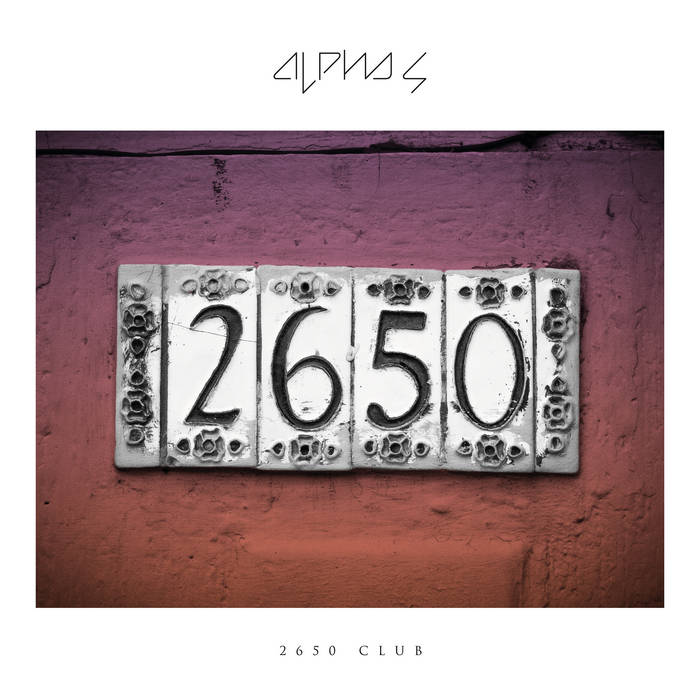 With two eps and a group of remixes released as Alpha Stronggah, Baltazar Solar has positioned itself as a key player on the Discos Pegaos discography, as well as on the current chilean electronic scene; besides a multitude of collaborations, remixes, edits and pseudonyms, where as always he emphasizes his personal vision of the the latin underground sound.

Reconverted on Alpha S from now, Solar gives us a new taste of its arsenal of sounds, on which we can see some strong urban inspirations (a constant in his work) that carries a broad concept of modern club culture. In his own words "2650 Club is linked to the mixing that occurs today on the outskirts of Santiago, mainly on the streets of Recoleta, the neighborhood where i did this record, a place with plenty of Colombian, Peruvian and Haitian immigration, a process that reconfigures the rhythms that prevail in the neighborhood as well as everyday aesthetics of the street itself, and therefore spaces and nightlife ".

"The idea was to put into tension, elements like latinafro folklore and modern club music, and use this voltage to highlight certain aspects and experiences of the neighborhood, in the sense to understood it as the place where it is generated and re-generated the contemporary folklore, finding new elements to integrate and disintegrate, in order to expand its territory, provided to and on the periphery, pushing the forefront and innovation. "

2650 is the number of the house where Baltazar lived from birth to adulthood, and with which, by circumstances of life, he returned to meet again in the present. That's where this EP was built, looking from the depths of the room where he slept, to invoke the communitarian ethos of dance and the wilderness of urban life, imagining a distant future where all these elements become one. Merengue, house, dancehall and dembow, they all are part of the recipe, and as usual in the language of Alpha S, disintegrate and reconfigure to offer pieces of modern electronics so difficult to qualify as so natural to enjoy.

The 2650 Club is a personal place that opens to the collective ideal, the vision of periphery, the protest and dancing.

Discos Pegaos is a record company/netlabel related to beats production.

Focused specifically on short formats (EP and singles), our label wants to give some space to hip hop and sampling oriented beats, including dancefloor tracks with a local and personal approach.

Based on Santiago, Chile, Discos Pegaos was born on January, 2011 ... more

Bandcamp Daily  your guide to the world of Bandcamp