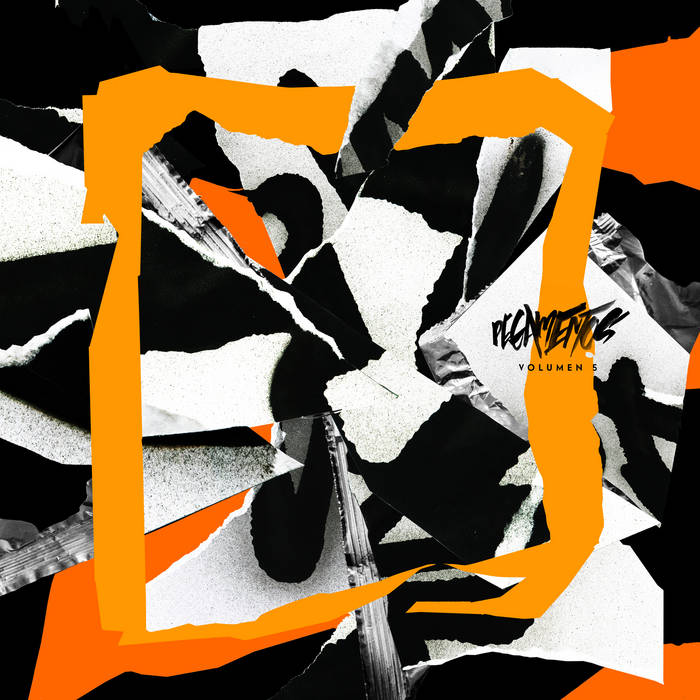 The second preview from ‘Pegamentos’ compilation is in hands of Dementira who continues with the tone of his latest releases. His new track “Mercancía” (Merchandise) fuses electronic and Latin sounds with a certain alternative inspiration, but keeping the accent on rhythms and samples. An initial kick of what will be his next EP soon to be released via Discos Pegaos.

Pegamentos is a series of compilations by Discos Pegaos oriented to the dance floor, with local and unprejudiced readings of club music.

The fifth edition of the Pegamentos compilation, the flagship of Discos Pegaos label and a diligent showcase of Latin American electronic scene, effortlessly crosses two worlds that coexist on the eight tracks setting up this new chapter. First, the presentation of the new generation of producers, a "new wave" of artists holding a banner of vertigo and experimentation within a club scene of open-mindedness and resistance; and on the other hand there is the work of those who have already traveled through the vicissitudes of the scene, whose drive remains active and restless, reaffirming their own relevance. The good result of these ingredients is evident in a generous selection of styles, visions and proposals, unequivocal features of the alma mater of a label such as Discos Pegaos.

Marvin Marlyn
Chilean musician and producer with an interest on futuristic synthesis, funk and dance, all extrapolated to the freshest sounds of the underground scene. He has edited music for the dominican label Stereoptico and produced the hiphop chilean band Disperso. Marvin returns to Discos Pegaos after his remix for Manuvers & Yarlen (Cinco Remixes, 2017), with a silent but prolific path, producing songs and albums for various artists.

Motivado
Based in Barcelona and after having participated in instances such as the BIME PRO festival in Bilbao, “Boutiq” represents Motivado's return to the Discos Pegaos catalog since the release of his acclaimed LP “Cobalto” around 2017. A premiere that opens a new era in its sound, from which collaborations, live performances and new creations are anticipated, in addition to the release of its long-awaited second LP.

Maga
María Jesús is half of the duo Escorpio, part of the Colectivo Martirio and producer under the alias of Maga, with tracks released on platforms such as Salviatek, Onwax and Panal, among others. Maga's non-binary identity is directly reflected in the music, leading him to experiment with classic IDM sounds, melodies with sorrowful thoughts, and a strong South American identity, achieving a characteristic streak that balances between clubbing and introspection.

Sentinela del Norte
Diego Vergara continues on the path he started with “Parte del Paisaje”, the debut under the alias Sentinela del Norte. After the premiere a couple of days ago of the video for his track “Dame un Mi”, his return with “Millones” is part of a new material that he has been preparing during the pandemic, and with which he projects the future loooking firmly to their new productions.

Dementira
After the two tracks that he premiered this year, as were his contribution to Resiliencia Vol.1, the compilation by IME, and the remix for the Chilean duo Láminanimal, Ariel Altamirano presents “Mercancía” for volume five of Pegamentos, a track which continues the path that it has been marking since 2011; one that delves into the crossover of electronic music, latin rhythms and urban language.

DLC
Diego Linsambarth (also known as Diego Robot), prolific Chilean producer, director of the Vaguada Costera label and collaborator of the trap project Estasi Assoluto, makes his debut on Discos Pegaos under the alias DLC. His previous works have led him to be reviewed by media such as the french Trax Magazine and to collaborate with artistic collectives such as Makinmovs.

Syntrovert
With 3 albums released and active participation in the Latin American club music scene, Syntrovert's music has found its way into the global underground circuit. Throughout his brief career he has been invited to participate in independent radio stations around the globe, being described as "one of the most audacious artists of his generation." He is currently participating in the development of the emerging netlabel WeTransa and collaborates with the chilean collective Martirio.

Dj Gaudeamus
Fernando Carrasco is an acquaintance in Discos Pegaos (mixing engineer for various Dementira tracks), as well as a prolific producer and DJ, closely linked to beatmaking and the most classic hip hop. Collaborator of artists such as Gen and other numbers of the chilean rap scene, he signed his EP "Prohibido" in 2018. His premiere on Discos Pegaos places him in new fields, perhaps more influenced by electronic music and more evocative than his previous work, which opens up new possibilities for his interesting career.

Discos Pegaos is a record company/netlabel related to beats production.

Focused specifically on short formats (EP and singles), our label wants to give some space to hip hop and sampling oriented beats, including dancefloor tracks with a local and personal approach.

Based on Santiago, Chile, Discos Pegaos was born on January, 2011 ... more

Bandcamp Daily  your guide to the world of Bandcamp

Featured sounds by K.Spark and WIZDUMB, plus Basi joins the show to discuss his latest release.